It’s easy to understand the appeal of first-person videos. With cool new gadgets like Google Glass and GoPro, you’re able to capture your experience and “relive” it. However, people aren’t always the greatest at taking videos – whether it’s shooting with a shaky hand or shooting grass blow in the wind (mundane footage). With the latest Microsoft program, Hyperlapse, camera handlers are now able to remove the shakiness and jerks that we battle every day. 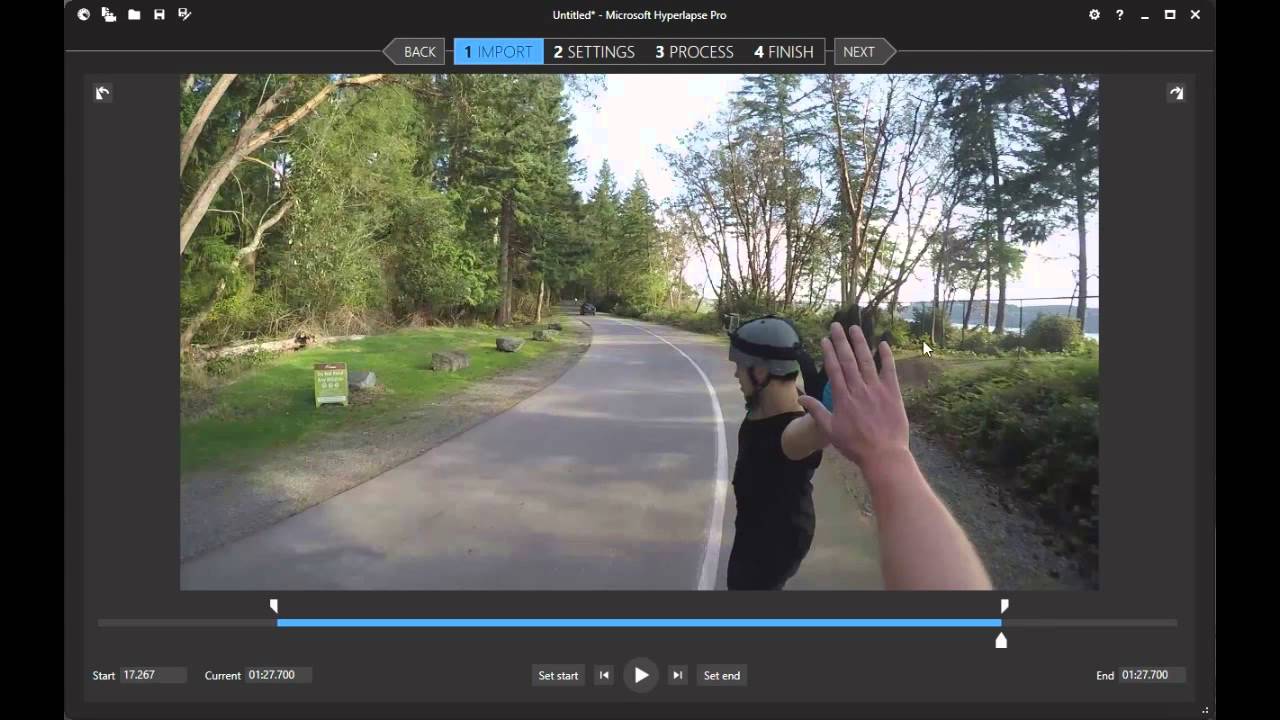 In the past, people have turned to speeding up the footage to correct any jerks, but the video quickly becomes more difficult to watch. Any subtle camera movements are evident, making footage disorienting. This shaking is so drastic that current video stabilizers don’t have the capacity to correct it.

To keep the excitement and minimize nausea, Microsoft has created “hyperlapse” software for videos – or time-lapse videos with a steady view. The program smooths out crazy time-compressed footage, so the video seems to glide through areas.

After analyzing a time-lapse video, Hyperlapse renders a 3D model of the view. Then, it creates a path the new video will take that is a controlled, high-quality version of the original. While making a new track, the software has to take many factors into account. For example, when hiking through the mountains, you may keep turning your head every which way. Hyperlapse algorithms seek to clear out erratic movement while also removing stationary and off-track frames.

Once a path is declared, the software has to fill in frames according to viewpoints on the path. If your recorded footage is too jerky, then there can be gaps in the frames. This can be seen in the video Microsoft has released. In the stabilized version of mountain climbing, parts of the rocks seem to change color and texture from time to time due to the stitching. Hyperlapse takes graphics from surrounding frames and blends together elements like color in an attempt to recreate images and eliminate irregularities.

What’s next for this program? Microsoft developers are looking to make Hyperlapse into a Windows application.

To learn more, check out these links below
http://mashable.com/2014/08/11/hyperlapse-stabilizes-first-person-video/
http://research.microsoft.com/en-us/um/redmond/projects/hyperlapse/